Bitcoin Price Prediction as BTC Climbs Back Up $16,500 and Prepares for a Big Move – Here’s Where It’s Headed Next 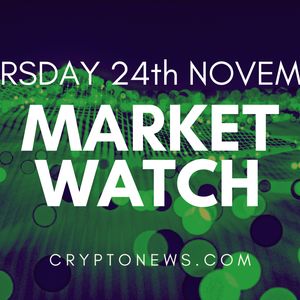 Bitcoin failed to maintain its upward trend on November 24 and fell below $16,650 despite the release of dovish FOMC meeting minutes. Members of the Federal Open Market Committee (FOMC) voted in early November to raise interest rates by 75 basis points, or 0.75 percentage points. It was the fourth such rate increase in a row. However, Fed Chair Jerome Powell stated in a press conference following the decision that a slower rate would be appropriate soon. ... Read More: Bitcoin Price Prediction as BTC Climbs Back Up $16,500 and Prepares for a Big Move – Here’s Where It’s Headed Next

Get Crypto Newsletter
Market Cap
24h Vol
42.51%
Bitcoin Share
132
Today News
Read the Disclaimer : All content provided herein our website, hyperlinked sites, associated applications, forums, blogs, social media accounts and other platforms (“Site”) is for your general information only, procured from third party sources. We make no warranties of any kind in relation to our content, including but not limited to accuracy and updatedness. No part of the content that we provide constitutes financial advice, legal advice or any other form of advice meant for your specific reliance for any purpose. Any use or reliance on our content is solely at your own risk and discretion. You should conduct your own research, review, analyse and verify our content before relying on them. Trading is a highly risky activity that can lead to major losses, please therefore consult your financial advisor before making any decision. No content on our Site is meant to be a solicitation or offer.